A globe-trotting pediatrician teaches others to use proven but inexpensive methods to save children’s lives in distressed areas of the world. 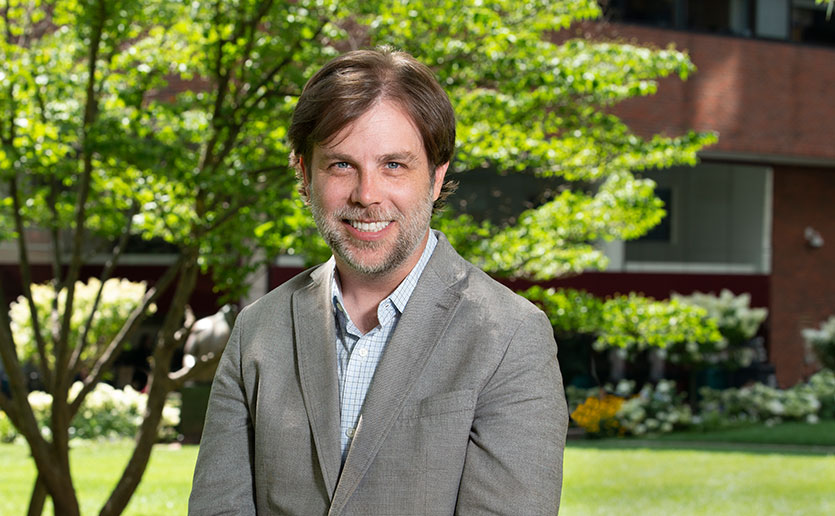 For Brett Nelson, MD, MPH, DTM&H, the most important part of his global health work is what he leaves behind.

One day in 2012, for instance, the pediatrician from MassGeneral Hospital for Children (MGHfC) was treating an infant at a tiny clinic in rural Kenya. Suffering from a life-threatening lung infection, the little girl squirmed and cried as she tried to dislodge the simple breathing device he had placed under her nose to deliver air into her lungs.

Watching the child’s anguish, others in the clinic urged him to remove the device, known as “bubble CPAP.” But Dr. Nelson, who was there training local medical workers, knew that the child would gradually calm down.

Within minutes, the child was breathing normally. A few days later, she had recovered. When Dr. Nelson departed Kenya, he left behind a healthy child, but also a group of medical providers with new skills. They could now save infant lives and train others to do so.

This work is a driving mission of the MGHfC Division of Global Health. The division’s experienced clinicians build international partnerships in resource-limited areas to reduce health disparities and improve the lives of children and adolescents.

“We are part of a global community, and many of the children with the greatest needs are living in countries with limited resources and little access to health care,” says Jason Harris, MD, the division’s chief.

Massachusetts General Hospital strives to build partnerships in underserved areas around the world and to respond to natural disasters and crises in conflicted areas. Doctors, nurses and other clinicians from many disciplines in the hospital are trained and travel to work abroad under some of the most difficult circumstances caused by natural disaster, war and climate change.

Dr. Nelson helped launch the first pediatric global health fellowship in the country at Massachusetts General Hospital. He teaches global medicine at Harvard Medical School, edits a textbook on the subject and, when not working in war-torn regions or disaster zones, treats newborns in the MGHfC Division of Neonatology.

“We try to amplify our impact by training local providers so that, when we leave, they can continue the work.”

As a leading global-health educator, he knows that training clinicians in areas where resources are lacking will ultimately save more children than treating patients himself. “We try to amplify our impact by training local providers so that, when we leave, they can continue the work,” he explains.

The goal is to teach simple, effective techniques that don’t require expensive technology. Bubble CPAP is one example, but Dr. Nelson also teaches simple steps that have been proven to help newborn babies survive such as maintaining body temperature and identifying danger signs in the first few weeks of life.

Key to Dr. Nelson’s success is his respect for local knowledge and traditions and his willingness to listen to the local health providers, says Karla Fredricks, MD, MPH, an American global health pediatrician who witnessed his work training health workers in Kenya when she was a fellow in the program. “He’s a good listener, he’s soft-spoken and respectful but extremely knowledgeable,” says Dr. Fredricks who now directs a program serving refugees and immigrants at Baylor College of Medicine in Houston.

Teenager on a Mission

As a teenager in Utah, the young Brett Nelson joined a church mission to deliver humanitarian aid to war-stressed populations in Balkan states. There, he witnessed the daily struggle for food, shelter and health care. Watching local physicians and nurses deliver care under the most difficult circumstances inspired him to apply to medical school.

“It awakened me to the huge needs out there of vulnerable populations and the fact that lives can be saved and improved, oftentimes with very simple interventions,” Dr. Nelson says.

Throughout medical school and residency, he continued to work internationally. He joined Mass General in 2008.

With his interest in global medicine still burning, he saw an unmet need for international pediatric training. He and Ronald Kleinman, MD, chief of Pediatrics at MGHfC, worked with others to create the first pediatric global health fellowship in the country.

“Brett has an extraordinary social conscience and dedication to improving the health and well-being of the underserved and vulnerable children in resource-poor areas of the world,” Dr. Kleinman says.

As the first pediatric global health fellow in 2009, Dr. Nelson traveled to Liberia, a country still recovering from a devastating civil war. “I was fresh out of residency,” he recalls, “and I was literally the only trained pediatrician in the entire country of 3 million people.”

At Liberia’s sole teaching hospital, he worked with Liberian clinicians to establish a training program for pediatric and newborn care that continues today.

Conducting research, training health workers and treating children around the globe, he has worked with international health organizations such as Doctors Without Borders, the Harvard Humanitarian Initiative and the International Red Cross.

Dr. Nelson’s passion for such work has taken him to African countries affected by HIV, earthquake zones in Haiti and war-torn or poverty-stressed areas such as Iraq and South Sudan.

Recently, Dr. Nelson led a group of researchers in Jordan assessing the well-being of young Syrians in refugee camps.

“They have very few opportunities within the camps and even fewer opportunities to leave the camps,” Dr. Nelson says. “That gives them very little hope for the future.”

Dr. Nelson’s team assessed the impact of scholarships to local colleges for Syrian students who completed high school in the camps. The assessment showed the scholarships benefited not only the students but whole families and their communities. He says one girl told him the scholarship spared her from being forced into early marriage by her family who saw no other future for her.

A Passion for Newborn Health

Newborn health remains his driving passion, he says. Especially in regions disrupted by war, poverty and natural disaster, newborn survival remains a huge challenge. Nearly half of all childhood deaths occur in the first 28 days of life.

Many of those deaths are related to breathing problems. Dr. Nelson is seeking philanthropic support to help deliver bubble CPAP devices and training to help save the lives of newborns in regions in crisis. The simple inexpensive bubble CPAP device can be used anywhere, without electricity, to deliver a stream of pressured air into the lungs of an infant whose life is in danger.

Dr. Nelson’s mission to save newborns is rooted in experience. One day in 2009, Dr. Nelson was training a group of local midwives at a tiny hospital in war-torn South Sudan. Using a plastic doll, he was demonstrating a series of steps that encourage a newborn to take its first breath. Hearing a call for help, he and the midwives rushed across a courtyard to the nearby operating room.

“That’s the power of this training,” Dr. Nelson says. “People see how effective it is, then they embrace it.”

Listening for a Pulse

They found a newborn lying blue and seemingly lifeless moments after birth. Using the same steps, he had been demonstrating on the doll minutes before, he warmed and dried the child, stimulated it to breathe by rubbing its back and gave it breaths of air with a bag-mask device. He listened for a pulse and “heard a little boom, boom, boom.”

The baby boy’s color returned. The group erupted in cheers as the boy breathed his first breath.

“That’s the power of this training,” Dr. Nelson says. “People see how effective it is, then they embrace it.”

Today, in South Sudan, there is a group of midwives trained in the most effective neonatal breathing methods. And there is a little boy named “Nelson” in honor of the physician who trained them and saved his life.

To learn more about how you can support the work of Dr. Brett Nelson and the MGHfC Division of Global Health, please contact us.