Bruce Walker, MD, director of the Ragon Institute of MGH, MIT and Harvard outlines key questions if a COVID-19 vaccine is approved. An independent safety board, and double-blind, placebo-based trial format — long considered the gold standard in clinical trials — help ensure that COVID-19 vaccines are safe and effective.
Developing multiple vaccine options provides the best opportunity to vaccinate the greatest number of people in the shortest amount of time.
Even a vaccine that does not prevent infection will provide some level of protection by training the body’s T cells to seek out and destroy infected cells.

Several promising vaccines for the SARS-CoV-2 virus are now in development, and experts are optimistic that the first approved candidate could be made available by the end of the year. While a vaccine will represent a significant turning point in the global fight against COVID-19, there will still be a long way to go before the pandemic ends.

1. How do we know the vaccine is safe and effective?

The best way to test a vaccine is by giving it to people in a place where a lot of transmission is occurring, Walker said. The vaccines currently in Phase 3 trials in the United States are all being given to large study populations of 30,000-60,000 people. They are double-blind, placebo-based trials where neither the investigators nor the study participants know if they are receiving the vaccine or a placebo. This approach has long been considered the gold standard in clinical trials because it eliminates bias on the part of the study team or the participants.

An independent safety monitoring board is responsible for monitoring the trials for negative side effects. The board determines the effectiveness of the vaccine by comparing the number of infections in the vaccine group to those in the placebo group. In general, 50-60% of vaccinated people should be protected against the disease for it to be considered a success.

“But even a vaccine that does not prevent infection but causes the levels of virus to remain so low that people won’t transmit or get sick would be extremely beneficial,” he said. This kind of immunity will likely depend on how well the vaccine is able to train the body’s T cells to seek out and destroy infected cells.

3. How soon will the vaccine be available?

While several companies are ramping up production of their vaccine candidates to get a head start upon approval, it will still be a significant challenge to produce enough to immunize the global population of seven billion people.

“If the vaccine requires two doses, then 14 billion doses will be needed, compounded by the logistical challenges of bringing everyone back to the clinic for the second dose.”

Different regions have different supply chain challenges, so developing multiple vaccines will be the best way to cover the greatest number of people in the shortest amount of time, Dr. Walker said.

“I think all of us hope multiple vaccines make it to the finish line because none of them is easily going to make it to the level of seven billion doses.”

4. What is cold chain storage and why do some vaccines require it?

Some vaccines need to be stored at temperatures below and sometimes way below freezing, which requires specialized equipment such as dry ice and medical refrigerators. If the cold chain is broken at any point in the process, the vaccines could be rendered ineffective.

Common vaccines that require cold chain storage include those for the flu, MMR, hepatitis A and B and polio.

5. How many doses will be needed for protection?

The number of doses needed will depend on design of vaccine and its efficacy, among other things. For example, the vaccine being developed by the Ragon Institute’s Dan Barouch, MD, PhD, in conjunction with Janssen Pharmaceuticals, is expected to require only a single immunization. Other vaccine designs may need to be given as many as three times.

If you need three doses over six months for protection, a vaccine that is made available in December may not provide protection until the following June, Dr. Walker said.

6. How durable is the immunity that the vaccine provides?

There have been examples of reinfection in people who have already had a documented infection of SARS-CoV-2, including a man who had two separate infections caused by unique genetic strains of the virus.

A recent study led by the Ragon Institute’s Shiv Pillai, MD, PhD, may help to explain why this occurs, he said. The team found that infection with SARS-CoV-2 can disrupt an immune system process key to long term protection by antibodies. Pillai’s team is hopeful this disruption will not occur with vaccination, as the body will not be facing an active infection while it is developing immunity.

7. Does the vaccine work regardless of age?

In general, vaccine efficacy varies depending on a number of factors, including age. Older people often do not develop as strong an immune response and may need higher-dose vaccines.

Almost all the participants in Phase 3 clinical trials are between the ages of 18 to 65.

Children under the age of 18 are also not being tested as part of this first round of trials, Dr. Walker said. While it’s appropriate to exclude them at this point, it’s not yet clear whether separate trials will be needed before the vaccine can be administered to children.

“This is a really important point that hasn’t been given much attention.”

This story first appeared in Bench Press, a blog by the Mass General Research Institute. 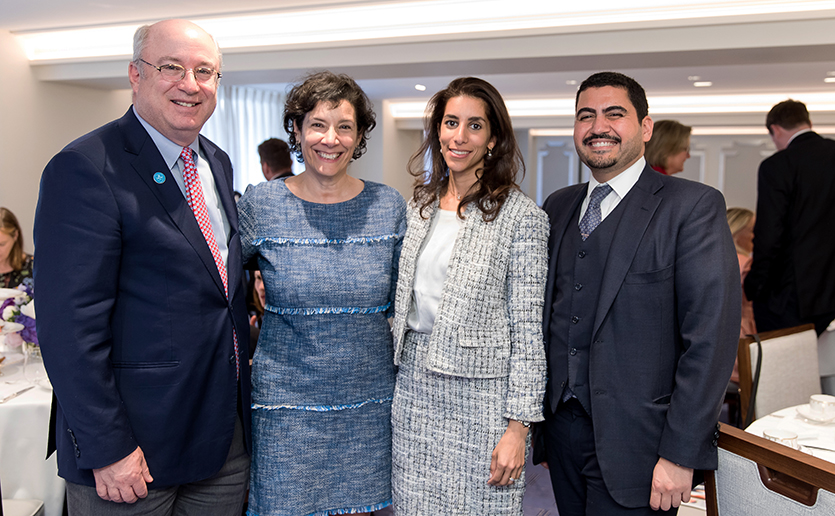