Research by Marco Loggia, PhD, and his team, found evidence of widespread brain inflammation in veterans of the 1990-1991 Gulf War. Marco Loggia, PhD, a scientist at the Athinoula A. Martinos Center for Biomedical Imaging, studies inflammation in the brain and its connection to chronic pain conditions, like back pain, fibromyalgia, and, most recently, Gulf War Illness. Dr. Loggia discusses his research study conducted with co-first authors, Zeynab Alshelh and Daniel Albrecht, post-doctorate students in his lab, and answers questions about how it may help treat illnesses caused by brain inflammation.

What is Gulf War Illness and what did your research find?
When some veterans returned home from the 1990-1991 Gulf War, they began experiencing medically unexplained symptoms including fatigue, depression, memory and concentration problems and pain including in their muscles, joints and organs.

We found veterans diagnosed with Gulf War Illness had widespread inflammation in their brains.

This collection of symptoms came to be known as Gulf War Illness. We do not know why about 30 percent of veterans of the 1990-1991 war have symptoms, when their fellow soldiers from the same war do not. Or what causes the symptoms.

My work is in brain imaging and my specialty is the study of chronic pain. My lab at the Athinoula A. Martinos Center for Biomedical Imaging collaborated with the Gulf War Illness Consortium at Boston University to conduct a study of 1990-1991 Gulf War veterans.

In veterans diagnosed with Gulf War Illness, we measured higher levels of a molecule called translocator protein that increases when neuroinflammation is present and found it in many parts of the brain, including those involved in complex brain functions, such as memory and reasoning. On the images we created, we used color to mark regions where higher amounts of inflammation were present. In the veterans with Gulf War Illness, these images were much more intense, suggestive of an inflammatory response.

This was an important finding. It was the first time that widespread neuroinflammation in humans had been linked to a Gulf War Illness diagnosis.

What is neuroinflammation and is it bad?

After an injury, like a sprained ankle or torn ligament, inflammation is a normal response of our immune system. We know that the brain has a similar response, and, like other parts of our bodies, it uses inflammation to ward off pathogens, like bacteria and viruses. But researchers theorize that too much neuroinflammation can lead to persistent pain and other symptoms.

We are still learning about inflammation’s role and why some people have injuries that heal and their inflammation subsides, while others must live with chronic pain.

Earlier, my lab had conducted research that showed there was widespread neuroinflammation in fibromyalgia patients. Fibromyalgia is another chronic pain condition with medically unexplained symptoms.

Our research could serve as a guidepost for identifying and developing new therapies for people with Gulf War Illness.

One theory about chronic pain conditions is that the immune system suffers ‘two hits.’ Many fibromyalgia patients have a history of a traumatic experience, such as sexual assault or a car accident. Later in life, their immune system takes a ‘second hit.’ For example, they might fracture a leg while skiing. The leg heals, but because brain inflammation persists, they still feel pain.

Gulf War veterans were exposed to many stresses during the war such as extreme temperatures, sleep deprivation, physical exertion and Sarin, a human-made chemical weapon. Even measures to protect them, such as pesticides placed on their uniforms and pyridostigmine bromide, a drug given to mitigate the harmful effects of nerve gas agents, may have been factors in causing their illness.

For soldiers, their war experience may have caused one immune system hit. If they had a traumatic experience or brain injury, either prior to the war or after, that could explain their chronic Gulf War Illness.

We also hope to reduce the stigma that Gulf War Illness veterans feel by providing evidence of the disease. Our research validates their complaints because we found objective changes in their brains. We also are working with Boston University researchers to measure the activity of different brain cell types.

How could philanthropy help advance research?
With larger donations, we could expand studies to include hospitals across the country. The more veterans we image, the better we can tease out the connection between neuroinflammation and their specific symptoms. Smaller donations could also help us, for instance with advertising expenses to recruit volunteers and travel expenses for study participants.

To make a donation to support Dr. Loggia’s research on neuroinflammation in various conditions including Gulf War Illness, fibromyalgia and other chronic pain disorders, please contact us.

Radiologist, Family Pass along Passions to New Generation of Specialists 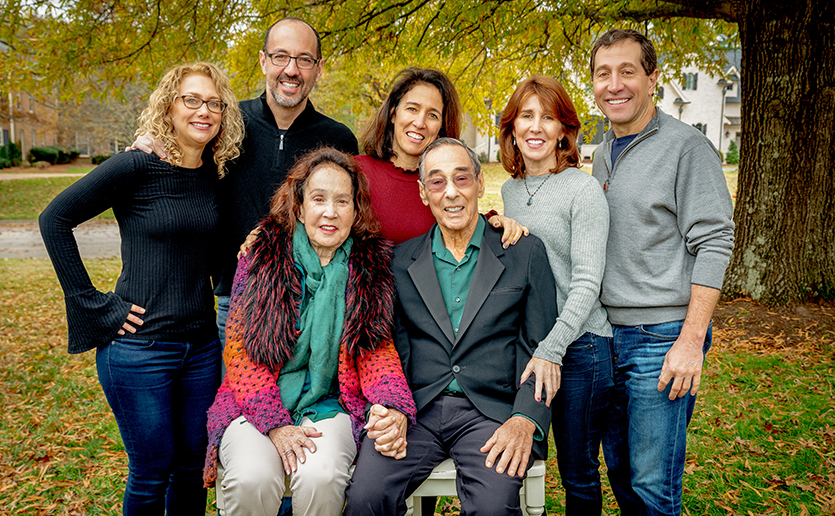