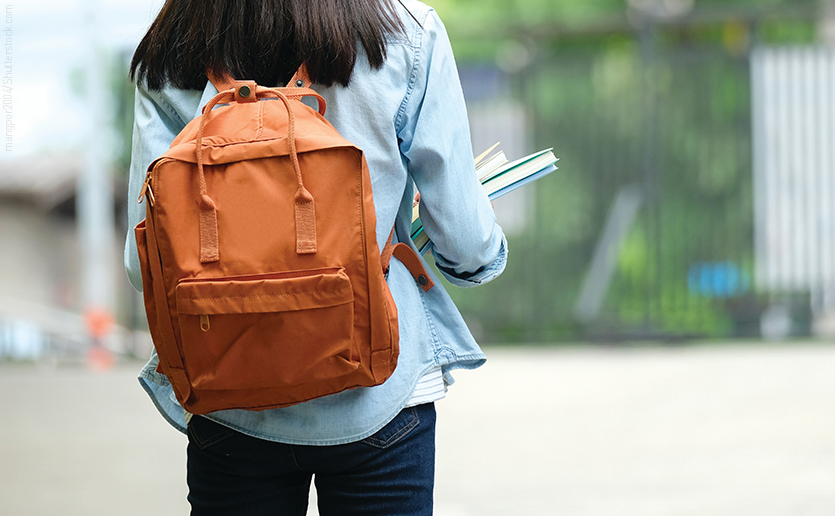 Far too often a barrier to care for Asian American students is the often-tragic breakdown in intergenerational and cross-cultural communication among immigrant families. Learn how the Center for Cross-Cultural Student Emotional Wellness is reducing shame and stigma about mental health problems from center director and co-founder, Justin A. Chen, MD, MPH.

Justin A. Chen, MD, MPH, is executive director and co-founder of the Center for Cross-Cultural Student Emotional Wellness at Massachusetts General Hospital. A specialist in the treatment of mood and anxiety disorders in young adults, he is medical director of the division of outpatient psychiatry and co-director of primary care psychiatry at Mass General. Here, Dr. Chen discusses the importance of reducing shame and stigma about mental health problems in the Asian American student community.

What is the correlation between the “Model Minority” stereotype and mental health challenges in young Asian Americans?

Almost 60% of Asian Americans were born outside the U.S. Think about how hard it is to share our deepest feelings, thoughts and emotions in our first language, let alone second.

This stereotype obscures the enormous diversity of the Asian American population, which has the largest income disparity of any racial/ethnic group — often causing policymakers and society to overlook our needs. For Asian American students and young people, it narrows their identity and puts enormous pressure on them to succeed. This contributes to anxiety about academic achievement and reinforces a tendency to keep their struggles to themselves and not ask for help.

Our center’s 2019 analysis of nearly 70,000 college students at 108 colleges, based on survey data of the American College Health Association’s National College Health Assessment, showed that rates of diagnosis of common psychiatric conditions like depression and anxiety are much lower among Asian students. And yet those same Asian students were almost 40% more likely to have attempted suicide. As a clinician, this is alarming because it suggests these young people are skating under the radar, going unnoticed and untreated.

What are some reasons that Asian Americans are less likely than whites and other racial and ethnic groups to seek professional help for mental health issues?

There is often a language mismatch, especially for the immigrant population. Almost 60% of Asian Americans were born outside the U.S. Think about how hard it is to share our deepest feelings, thoughts and emotions in our first language, let alone second.

Also, in many Asian countries, psychiatry is perceived as primarily focusing on severe psychosis or bipolar disorder. You wouldn’t casually see a psychiatrist, and you certainly wouldn’t tell others about it.

Another barrier to care is the often-tragic breakdown in intergenerational and cross-cultural communication among immigrant families. Underlying all this are stigma and shame about mental health problems.

How has the pandemic affected Asian and Asian American students?

As of last September, 25% of Asian American youth had reported anti-Asian racist bullying during the pandemic. The recent tragedy in Atlanta in March, with eight people shot and killed, six of whom were Asian women, is a trauma our community is still reeling from. Anti-Asian hate crimes have increased by nearly 150 percent during the pandemic.

Tell us about your work in Boston’s Chinatown, where you saw firsthand how Asians view mental illness.

I worked at South Cove Community Health Center during my community psychiatry rotation as a resident at Mass General/McLean. I discovered that a lot of the tools that we have in western psychiatry were just not useful for certain communities.

Talk therapy? Why would you talk to a stranger about your problems? There was also real discomfort and reluctance to consider medications. Patients felt these were too strong, had too many side effects, and were potentially addictive. And group therapy — well you can just forget about that. Sitting in a group of eight people to share your thoughts and feelings? Sadly, the result of these beliefs is that patients delay seeking help and end up in crisis situations.

We provide culturally tailored resources, education and research, with a focus on Asian American and Asian international students and families.

How did this work inspire you to come up with the idea for the MGH Center for Cross-Cultural Student Emotional Wellness?

At South Cove, I thought about how we could get the powerful wisdom and tools of psychiatry and mental health to people who need it. Would a motivational approach work?

Recognizing that children’s education is a priority for immigrants, and that the younger generation is more open to mental health issues, we decided to “rebrand” our work as focusing on emotional wellness and student success. As part of this conversation, we attempt to broaden the definition of success in our own community.

In 2014, I founded the center with Albert Yeung, MD (director of primary care research at the Depression Clinical and Research Program at Mass General) and a Boston-based private practice psychiatrist named Lusha Liu, MD, PhD. We are not a clinical program, but we provide culturally tailored resources, education and research, with a focus on Asian American and Asian international students and families.

How has your background influenced your work?

I am proud to be the child of immigrants from Taiwan who moved to this country in 1973 for a better life for their future children. They worked hard. My parents are proud to describe themselves as “Tiger Parents,” who were ambitious for their children and encouraged academic achievement and strong work and study habits. Many of the insights I have and my reasons for doing this work are intimately tied to my personal background. Dr. Yeung has also been an incredible mentor and inspiration to me.

To learn more and/or support the Center for Cross-Cultural Student Emotional Wellness, please contact us.