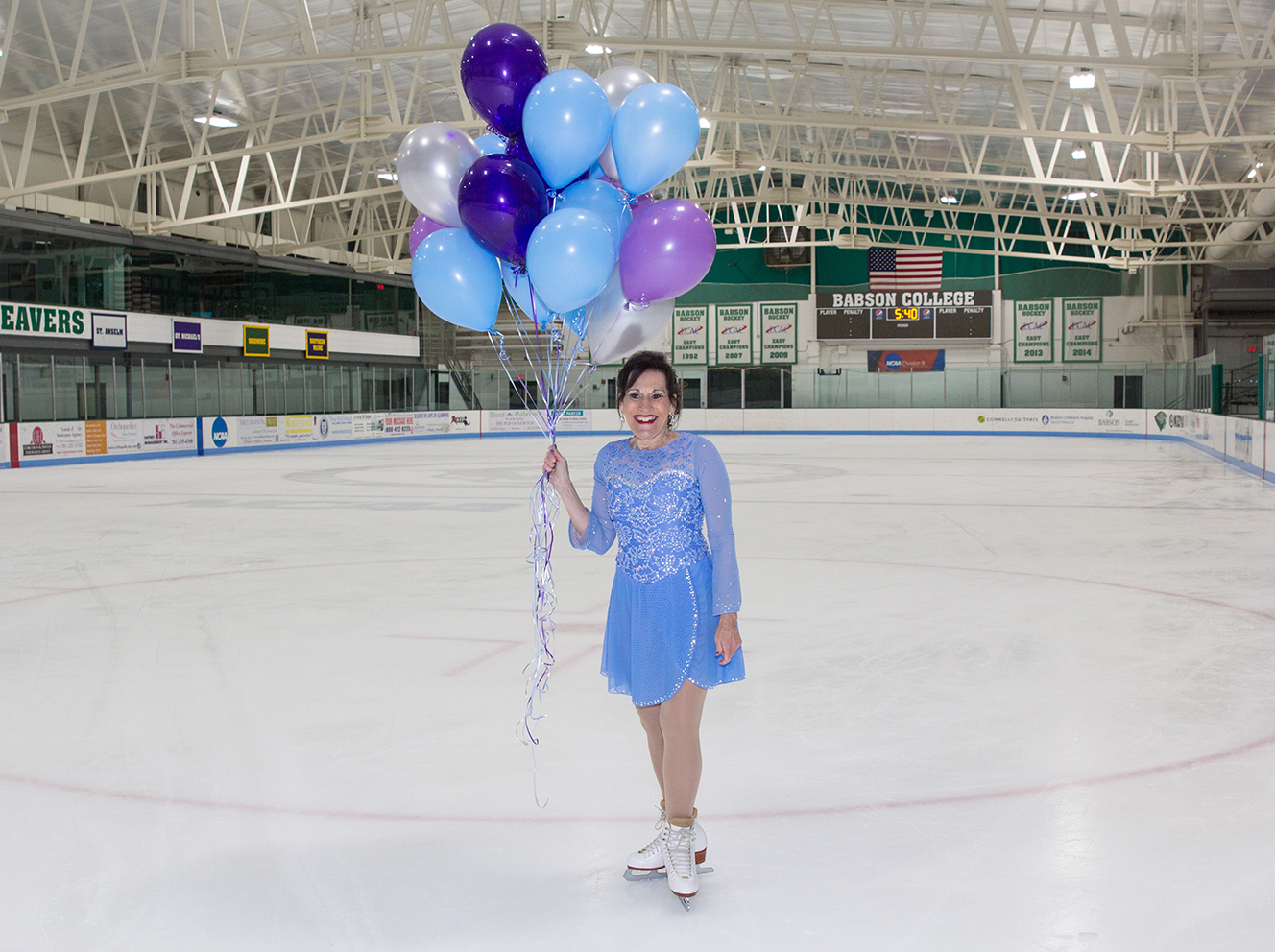 Since 2011, Judy Lipson has planned and performed in Celebration of Sisters, an ice skating fundraising event that, in a decade, has raised $75,000 for Massachusetts General Hospital. Through the annual show, Judy has reconnected with her childhood love of ice skating, and over time, learned how to grieve the loss of her two sisters.

Judy says the grande finale is the closing of a chapter of her life.

In 2020, the event was canceled due to the COVID-19 pandemic. This year, Judy is organizing a show for Nov. 7 that will feature live skating performances at an ice rink in Wellesley, Mass. And, for the first time, the show will also be live-streamed.

It will be the fundraiser’s grand finale, she says. The show will feature 92 skaters of all ages and disciplines, in costume, performing to musical selections.

Judy, who lives in Boston, says the finale is not the end of her journey of grief, celebration and purpose, but it is the closing of a chapter of her life. In December, she is taking another step in her healing by publishing her memoir, Celebration of Sisters: It Is Never Too Late To Grieve.

Both tragedies triggered significant shock in Judy, but she would not allow herself to delve deeper into her grief. She was extremely busy with her job and later, as a single mother of two daughters. She supported her parents after each sister’s death, trying to “bring sunshine” to their lives and focusing intently on caring for her daughters.

Over the years, Judy’s grief bubbled up in unexpected waves.

“The concept of being the sole surviving sibling seemed so foreign. It confused me. Any time the focus landed on me, or my children, it felt strange and terrible, and even unconscionable,” Judy wrote in her book. “I preferred my own thoughts to hover in the background and to not occupy center stage. I did not know how to anchor myself without Margie and Jane.”

Over the years, though, Judy’s grief bubbled up in unexpected waves. “Sometimes, grieving would appear as a tsunami of tears and I could not identify a trigger. Other times, it was predictable near the anniversaries of my sisters’ deaths and birthdays,” she says.

After pushing her grief down for years, in 2011, Judy decided to organize a fundraiser in memory of her sisters. She wanted to raise money for Mass General, a special place for her family. John Goodson, MD, was their primary care physician, and as a child, Margie was well taken care of when she had surgery at the hospital.

The Lipson family has a tradition of philanthropy. Prior to her inaugural event, Judy and her parents, Eleanor Lipson and the late Benjamin Lipson, established The Lipson Fund. Today, the fund supports Mass General’s Eating Disorders Clinical and Research Program. The ice skating event benefits the endowed chair for Dr. Goodson in the Division of General Internal Medicine.

For Judy, ice skating has brought back memories of happy times of when she and her sisters were young children. She remembered skating lessons with her sisters, gliding over the ice rink at Larz Anderson Park in Brookline, swirling snowflakes and hot chocolate.

She chose November for the event because both Jane’s and Margie’s birthdays fell during that month, and because it is a time when Judy’s sadness is deep.

The first year, she held a cocktail party. Unfortunately, her father, Benjamin, died before the event. The second year, the skating began. Ten skaters performed for the crowd of 50.

“I hope that, in sharing my story, somebody else who is struggling with grief knows they are not alone and they can reach out for help.”

In that inaugural show, Judy performed for the first time ever at 56. She recalls taking the ice, nervous and laughing — thinking about how her sisters would appreciate the irony of their “shy sister” skating in front of a crowd in a sparkly costume.

The event has grown, attracting many donors, including friends of Jane and Margie, family members and supporters of the performers. Judy has watched performers grow up, and now, some skaters are planning for college.

With the fundraiser placing Judy at center stage, it has drawn people to her for conversations about grief. “Sibling loss and grief are topics that people are uncomfortable talking about,” Judy says. “It’s never too late to grieve. I hope that, in sharing my story, somebody else who is struggling with grief knows they are not alone and they can reach out for help.”

To make a donation through Judy’s fundraiser to support The Lipson Fund, please contact us.