A new treatment approach being explored by researchers at Mass General and Dana-Farber could have broad implications for the treatment of various forms of dementia.

A new technology developed by Mass General and Dana-Farber shows potential for treating Alzheimer’s and other forms of dementia.

A new treatment approach being explored by researchers at Mass General and Dana-Farber could have broad implications for the treatment of various forms of dementia.

An imaging technology that revolutionized the diagnosis of Alzheimer’s disease may one day be the basis of a new therapy to treat it. Recently, a team from the Massachusetts General Hospital Center for Genomic Medicine and Dana-Farber Cancer Institute used modified versions of the particles used in positron emission tomography (PET) scans to clear patient-derived brain cells of the tiny clumps believed to cause Alzheimer’s disease and other forms of dementia.

PET is a neuroimaging technique that uses molecule-sized compounds, known as ligands, to create three-dimensional images of the location and concentration of specific target proteins in the body. Like the ligands used in PET scans, these new compounds bind to the toxic form of a protein called tau that accumulates in the brain of patients with dementia. But instead of highlighting the accumulated tau for detection during a scan, these new compounds tag it for destruction by the body.

“PET ligands are one of the most exciting developments in the field of neuroscience,” says Stephen Haggarty, PhD, director of the Chemical Neurobiology Laboratory in the Mass General Department of Neurology, and co-senior author of the study. “That same specificity that lets us see disease-causing tau in living brains, now enables us to target it for degradation inside human neurons,” adds Dr. Haggarty, who is also a Stuart and Suzanne Steele MGH Research Scholar, 2017-2022.

Hospital-based research programs are taking the lead in the quest for new therapies.

As more and more pharmaceutical companies abandon their Alzheimer’s programs following a string of high-profile clinical trial failures, hospital-based research programs are taking the lead in the quest for new therapies. Mass General is home to the largest hospital-based research enterprise in the United States. The Mass General Research Institute promotes, supports and guides research at the hospital.

The MGH Research Scholars program is one of the institute’s signature efforts. Funded through philanthropy, the program is designed to provide exceptional early- and mid-career investigators with the funding they need to make transformative advances in their research.

This new application of PET ligands, described in the online journal eLife, could have broad implications for the treatment and diagnosis of Alzheimer’s and other tau-related diseases such as frontotemporal dementia (FTD).

In healthy brains, tau is believed to stabilize the shape and function of brain cells — but in its mutant form, tau can accumulate, restricting the flow of the electrical and chemical signals the brain uses to communicate and ultimately causing the death of the affected cells.

Tau clusters are recognized as a hallmark of several forms of dementia, but until recently, they could only be identified postmortem. That changed with introduction of tau-specific PET ligands, which enable researchers to visualize the density and location of tau deposits in patient brains. This capacity to visualize tau-related disease in living patients caught Dr. Haggarty’s attention.

To target mutant tau, Dr. Haggarty and his colleagues started with a tau-specific PET ligand. But instead of adding the radioactive molecule required for a PET scan, they added a second ligand designed to attract an enzyme called the ubiquitin E3 ligase. The ubiquitin E3 ligase tags damaged or aberrant proteins for destruction by the body’s cellular recycling and disposal system. Together, these two ligands create a “degrader” molecule that seeks out mutant tau and marks it for elimination.

The team tested their approach in cell cultures derived from patients with frontotemporal dementia caused by tau mutations. The new compound worked with surprising efficiency — clearing 90% of tau in a matter of hours.

“For a protein like tau, which was traditionally considered undruggable, this unprecedented level of speed and precision opens up exciting new avenues for targeted therapy,” says Catarina Silva, PhD, co-first author of the study. This strategy of targeted protein degradation has gotten a lot of attention in oncology, but according to Dr. Haggarty, this is the first demonstration of the technique in human neurons. The team is now testing the approach in other neurodegenerative disease including Parkinson’s disease, ALS and Huntington’s disease.

Dr. Haggarty believes that the success of this new approach is due to the fact the team tested the degrader molecules using patient-derived cells to produce genetically accurate models.

The team’s focus now shifts to refining and optimizing the degrader molecules for the clinic — and that means investment in drug development. Their work to date has received generous support from the Tau Consortium, a research program funded and managed by the Rainwater Charitable Trust, but Dr. Haggarty believes that additional philanthropic investment will help unlock the full potential of this new therapeutic approach.

“You’ll see a degrader molecule in the clinic in a matter of years,” Dr. Haggarty says. “It’s not a matter of if, but when with this exciting new therapeutic modality.”

To learn more about how you can support the work of researchers like Dr. Haggarty or the MGH Research Scholars program, please contact us. 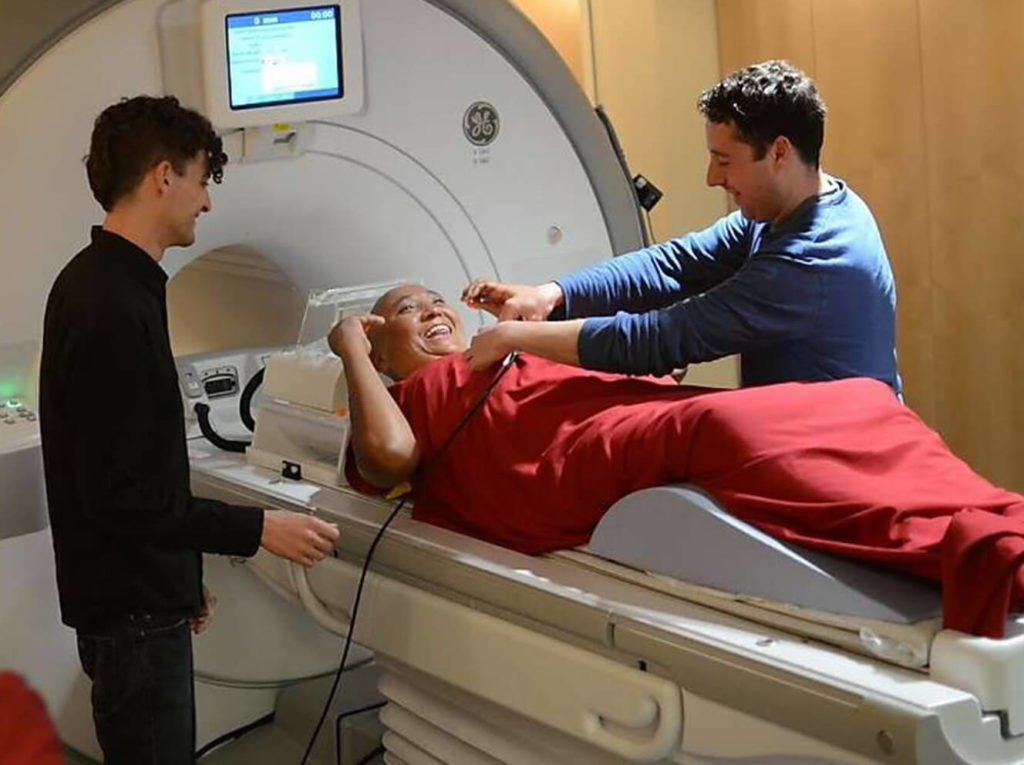