A new training initiative at Mass General is working to build teamwork by having medical residents spend more time working within the same unit with the same nursing and clinical staff.

Putting the ‘Team’ Back in Teamwork

A new training initiative at Mass General is working to build teamwork by having medical residents spend more time working within the same unit with the same nursing and clinical staff.

Imagine that every two weeks a new batch of players donned Boston Celtics uniforms and, without any practices, had to play together under game conditions. Not the best way to win a championship, right?

That’s the analogy Christiana Iyasere, MD, MBA, uses to describe the current state of medical intern training at hospitals throughout the country. For the last half-century, clinical training for doctors has consisted of a series of rotations on different units. The problem, as Dr. Iyasere and her fellow investigators, Kathleen Finn, MD, MPhil, and J. Naomi Martel, RN, see it, is that the trainees have little time to learn the strengths and communication styles of nurses and specialists they work with.

“Members don’t know each other well because they come together briefly and disperse,” she says. “They’re not an actual team.” Dr. Iyasere, a clinical educator at the hospital, also serves as director of Mass General’s Medicine Innovation Program, which provides seed money to medical staff working to advance digital medicine, artificial intelligence and medical device innovation.

Now, with the help of an innovative new pilot program, Dr. Iyasere and Dr. Finn aim to put the team back in teamwork — and improve performance and patient outcomes.

The pilot project, titled the ‘Effect of Interprofessional Familiarity on Medical Team Performance,’ compared the traditional training regimen — where residents rotate through multiple medical floors, working with different staff on each — with a new model, in which residents receive all their inpatient clinical experience on the same general medicine unit, working with the same nursing and clinical staff. To understand the impact of this new model, known as “cohorting,” on team performance, doctors and nurses participated together in two medical simulations in Mass General’s Learning Laboratory, a dedicated training space where clinical teams practice responding to complex situations using sophisticated robots. One simulation involved a medical emergency and the second involved a challenging patient who was declining their insulin dose.

The idea behind the project is that communication and patient care will improve dramatically as team members grow more familiar with one another. Dr. Finn, who serves as Associate Program Director of Resident Development for the Internal Medicine Residency Program, noted that this improves the team’s ability to deal with medical emergencies and engage in the difficult conversations needed to effectively reduce errors.

“More than half of the patients on internal medicine units received their care from resident-led teams, so the outcome of this study has potential to have a significant impact on patient care,” she says.

Education is a Top Priority

The study was made possible by a grant from Mass General’s Executive Committee on Teaching and Education (ECOTE), part of a strategic plan to launch a new Academy for Applied Learning in Health Care to revolutionize clinical education at the hospital. Moving forward one of the primary goals of the new Academy, named in honor of former president Peter Slavin, MD, is to expand support for interprofessional education initiatives that address specific institutional challenges, and can demonstrate a positive impact on team performance and patient outcomes.

This hospital-wide effort to enhance educational resources and infrastructure is spearheaded by James A. Gordon, MD, MPA, who was appointed as the hospital’s first Chief Learning Officer three years ago.

“In the past, teaching was often seen as a cost proposition rather than a value proposition,” he says. “The Peter L. Slavin, MD Academy for Applied Learning in Health Care represents an historic commitment to education across the health professions — learning together as a team — as an essential ingredient to providing the highest-quality care for all our patients.”

Although specific findings from the project are embargoed until the study is published later this year, participants in the pilot program have reported that communication between providers and overall morale improved.

“Trust is essential because it prevents a delay in care,” says Michelle Monteiro, RN, a nurse who participated in the study. “Nurses are with patients every minute. If a doctor really knows a nurse, and they feel like members of the same team, they can move quickly and act decisively the moment a nurse raises attention to a patient’s condition.”

Pilot program participants, who might otherwise hold back, report feeling empowered to express concern about treatment decisions, and the team is more likely to discuss errors so they do not happen again, according to J. Naomi Martel, RN, MSN, who helped design the study.

“Nurses were more comfortable speaking up, which is extremely important for patient safety,” Ms. Martel says. “Rounds are very different now because participants have an established level of trust.”

The one-year pilot project began in July 2019 and was so widely praised by participants that plans are underway to expand the new training structure to all six of the hospital’s general medicine units.

To make a gift or learn about supporting the education of the next generation of health care trailblazers, please contact us. 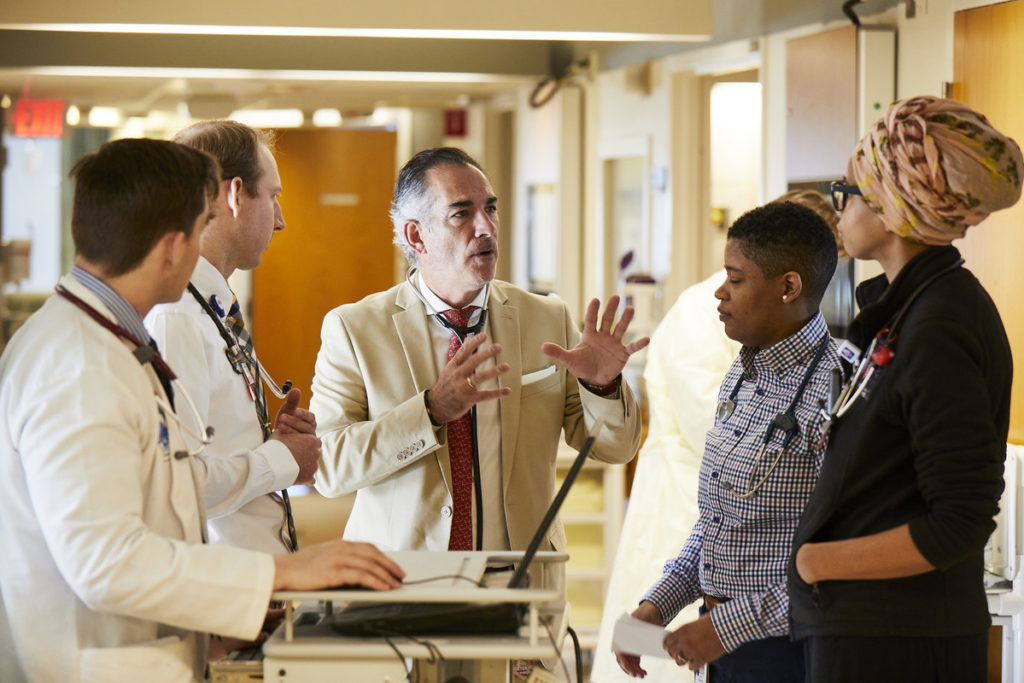 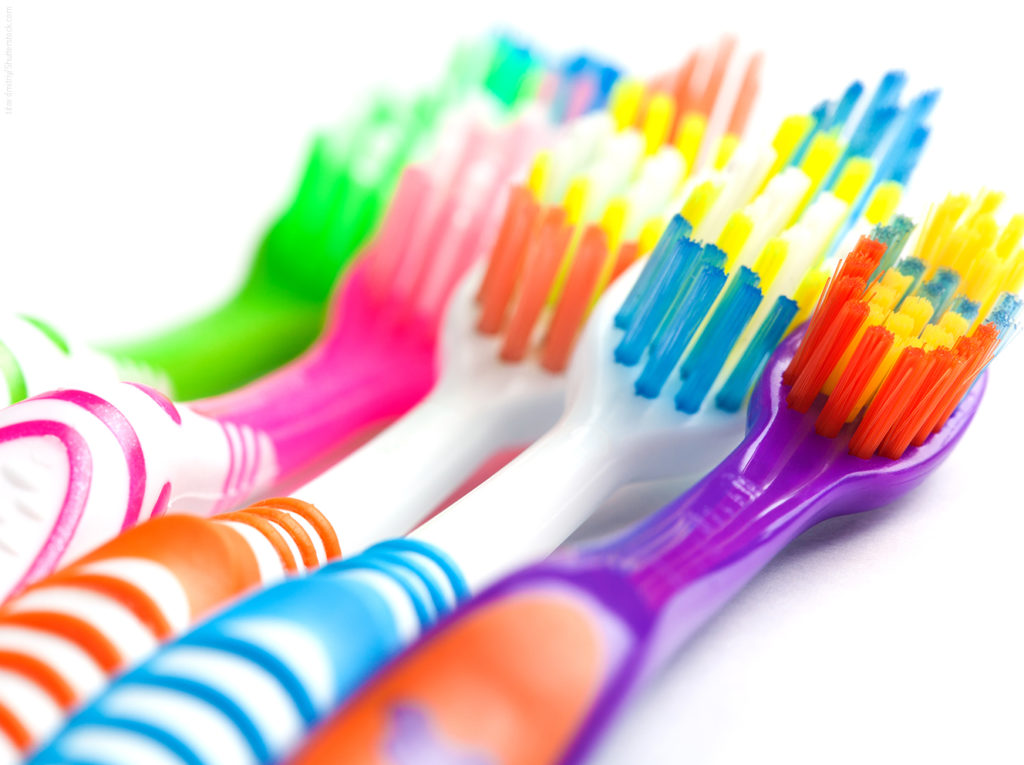 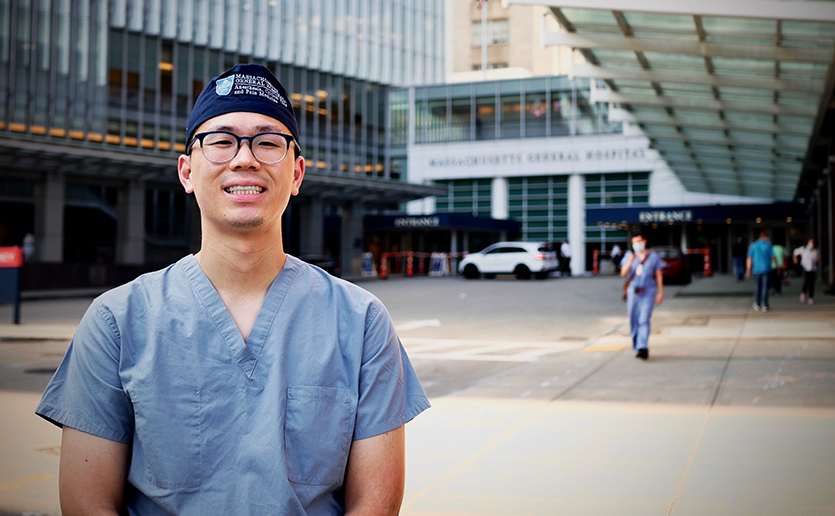 How is the COVID-19 Crisis Changing Health Professions Education?