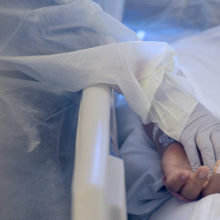 At Massachusetts General Hospital, Dr. Betancourt (pictured at left) is the director of both the Disparities Solutions Center (DSC) and Multicultural Education. He is also an associate professor of Medicine, Harvard Medical School. Of Puerto Rican descent, Dr. Betancourt grew […] 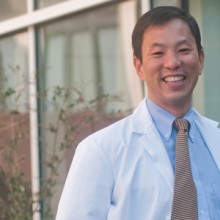 The Global Primary Care Program at Mass General is using examples of best practices from around the world to build better health systems at home.

by Joan Quinlan, MPA, and Jeffrey P. Collins, MD To grasp the depth of Massachusetts General Hospital’s commitment to the community, we must go back to the very founding of the institution in 1811 — to our roots. The document […]

A stalwart of Mass General medicine says that, without better coordination, the explosion of healthcare innovation will mean chaos for medical costs.

The Mass General Department of Psychiatry celebrates a major milestone this year: its 75th anniversary. But it’s not just a birthday. As Jerrold F. Rosenbaum, MD, writes in this op-ed, the department can now proudly say that it has achieved its primary objective as it was articulated at its founding. Mass General’s psychiatrist-in-chief goes on to describe his vision for the future of the department, and, broadly, what lies ahead in the field of mental health.

Let’s start with a little history: In the middle of the 20th century, the National Institutes of Health (NIH) was born, coincident with the dawn of the molecular approach to understanding medicine and human physiology. The combination spawned a nationwide […]

Contribute to the future of health care

Contribute to the future of health careDonate Now
adroll_adv_id = "S2U6KR3V5NDD5KZG3FRV2X"; adroll_pix_id = "PLS5CX3A4ZGUHDT3DTIMQW"; adroll_version = "2.0"; adroll_current_page = "other"; adroll_currency = "USD"; adroll_language = "en_US";
We use cookies and other tools to enhance your experience on our website and to analyze our web traffic. For more information about these cookies and the data collected, please refer to our Privacy Policy.Ok